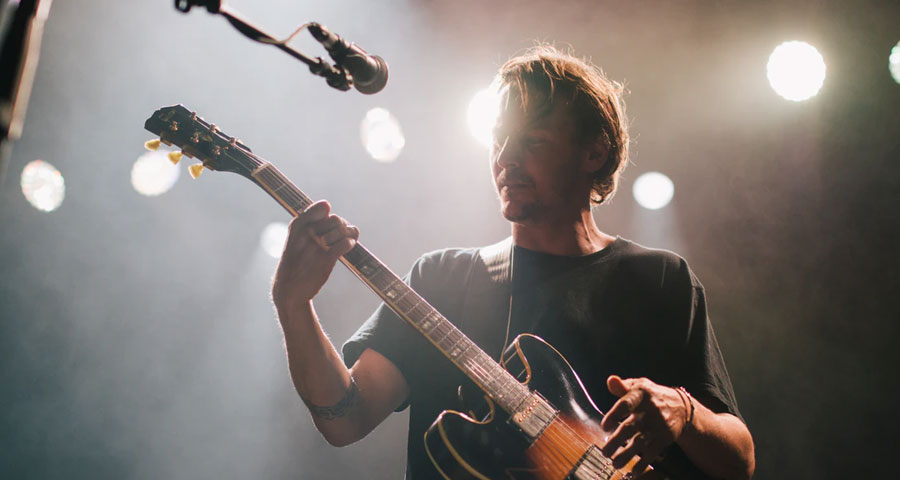 Attending live concerts of bands or solo guitarists, you will notice the guitarists changing guitars frequently through songs and breaks. In this article, you will learn about some of the reasons behind this.

Mostly, guitarists change guitars on stage to use a guitar that is in a different tuning than the previous instrument. Some other reasons may also include technical issues or obtaining a different tone.

Another reason can be the electronics being modified to suit a certain tone or sound for different playing styles and genres. The most common reason for guitarists to change guitars on stage is due to the songs being composed in different tunings for the guitars. The tuning of a guitar refers to the pitch of the guitar strings. Some tunings are changed to create easier playability or to obtain different chord voicings. Some tunings also provide a different ambience and sound than standard tunings.

One of the most used alternate tunings for guitar is Half Step-Down Tuning. This tuning is used to create a darker tone due to the strings being set to lower tension. With this tuning, each string is set a semitone lower. Another benefit to this tuning is to make singing easier on the vocalist as it provides the vocalist with the ability to sing in a lower key.

Technical difficulties on the guitar can also cause a guitarist to change the instrument during a song. Mostly poor tuning will be the reason behind this. Stages present many issues that could act negatively to a guitar staying in tune throughout a song. Excessive heat, moisture, and humidity could cause a guitar to go out of tune mid-song, this causing the guitarist to change to a guitar that is freshly tuned.